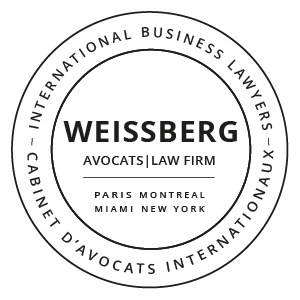 The two partners of The Weissberg Law Firm, Attorney Kenneth Weissberg and Attorney Audrey Weissberg, are very extensive transnational legal expertise on both corporate and litigation matters:
Commercial and business law in Paris and abroad
Legal advice and counsel to individuals in Paris and abroad

The Weissberg Law Firm offers French and United State legal advice to individuals and companies undertaking activities in France and the United States. With dual French and New York State law qualifications, we have particular expertise as French and American lawyers in international matters.

We provide a rapid and effective response tailored to your legal needs, offering services as French and American lawyers from advisory work to litigation.

If you would like further information about our services as French and American lawyers for an initial discussion in order to determine how we can best assist you, please do not hesitate to contact us 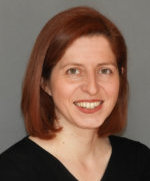 A citizen of both France and the United States, Attorney Audrey Weissberg is a member of the Paris since 2005 and of the Quebec Bar since 2017.
She intervenes in international business law in corporate and litigation matters.
She is also a lecturer on international and cross border legal issues.
She graduated from the University of Paris II Panthéon Assas (Masters in General Private Law, DEA in Common Law Rights), from the University of Paris I Panthéon Sorbonne (Master 2 in Audiovisual Law and Administration) and the New York University School of Law (LL.M in International Trade and Intellectual Property Law).
After several years with the Litigation and arbitration department of the English law firm Norton Rose LLP in Paris and with the Intangible property law department of the French law firm FTPA, she joined the Weissberg law firm in 2013 as a Partner.
She is particularly involved in international business law, in particular commercial law (contract law, joint ventures, franchises, intellectual and industrial property law (copyright, trademark law) and audiovisual law (privacy , sports marketing) as well as in international property law (inheritance law).
As a consultant, she advises companies and foreign entrepreneurs who want to settle in France with the different aspects of their installation (Trademark law, Regulations, companies, Partnerships form).
Within the framework of her activity as a litigator, she intervenes in particular in:
– ad hoc international arbitration and before the American Arbitration Association;
– exequatur of foreign judgments and arbitral awards;
– complex transnational commercial disputes following disputes related to joint-venture contracts; – procedures for obtaining international evidence in application of the provisions of the International Hague Convention;
– obtaining European enforceable titles and recovering titles obtained in France in the European Union;
– transnational disputes in the defense of heirs in international successions.